For the past 100 years, United Way of Central Iowa has taken on challenges big and small—from convening the community to tackle tough issues like poverty and getting kids ready for school success to partnering with thousands of people who donate each year to a campaign that makes the work of improving our community possible.

Our history is a testament to our dedicated and compassionate central Iowa community who has engaged in our work for 100 years.

As our 100th year celebrations come to an end, scroll down to sample some highlights from United Way of Central Iowa's past 100 years. 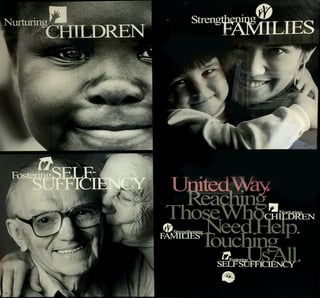 1950s: Unity throughout the community 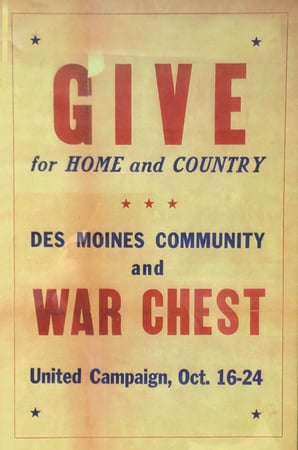 1930s: Relief from the Great Depression

1920s: A leader in health and human services

1910s: Joining together for the common good 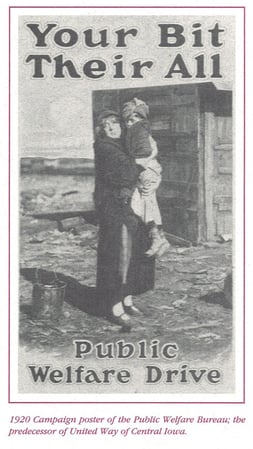