10 facts you should know about poverty in central Iowa 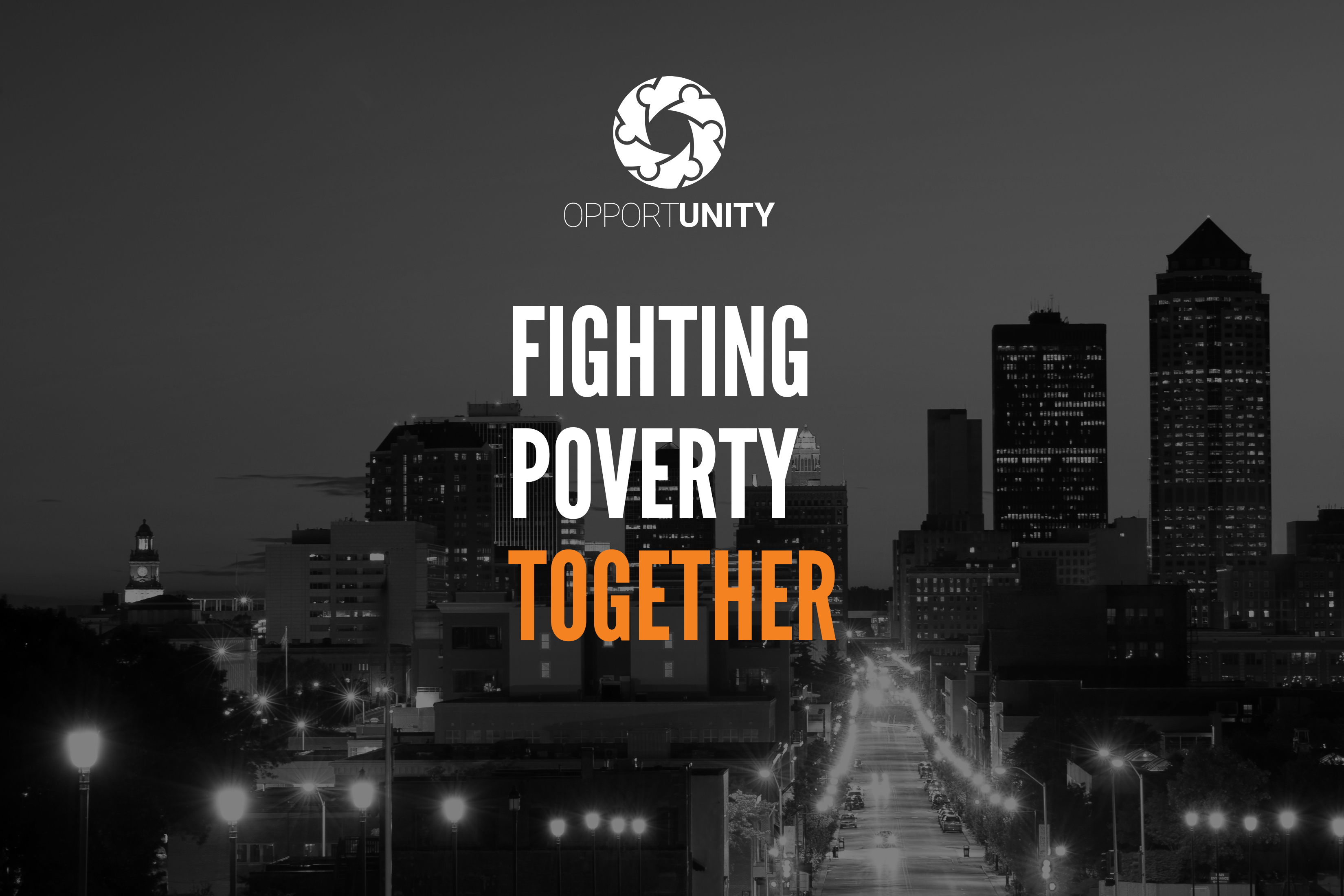 One in three central Iowans doesn't earn enough to cover basic expenses without support. Many struggle to find enough food to eat or a place to sleep at night, while others manage by piecing together jobs and support. Yet, they are one flat tire or one emergency room visit away from crisis.

Poverty is complex and involves many factors that can keep families from thriving. That's why central Iowa developed the OpportUNITY Plan and is working in eight focus areas to break down barriers to financial stability. On June 12, 2018, we released an updated plan and showcase how you can get involved in these efforts.

Here are 10 facts you should know about poverty in Polk, Warren, and Dallas Counties.

United Way of Central Iowa defines poverty as anyone living below 250 percent of the federal poverty level. Above that level, families can afford what is necessary to survive in modern society, including rent, utilities, food, child care, health care, transportation, clothing, and household essentials. Families can also begin to thrive by saving, paying off loans, covering education expenses, and affording entertainment.

While 11.1 percent of central Iowans live below the 100 percent federal poverty level, 22.9 percent live between the 100 percent and 250 percent range of poverty. Most adults in that range are working and still not making enough to survive without support.

2. The average median household income for African Americans in Polk County is $26,725. (One Economy)

This is a significant difference from the average median household income for all populations in Polk County: $59,844. More than one-third of African American children live in poverty, compared with 9.8 percent of the overall population.

Many immigrants and refugees in central Iowa live in poverty and face significant challenges in accessing housing, food, transportation, education, and job training, while also receiving limited support and experiencing prejudice. Read more about refugees in our community.

4. One year after release, up to 60 percent of people convicted of a crime are not employed. (National Institute of Justice)

Each year, more than 5,000 citizens return to Iowa neighborhoods after serving time, and most struggle to find housing, employment, mental health services, and support. In particular, Iowa has a lot of barriers that prevent individuals convicted of a crime from finding a job. Without one, these individuals are more likely to commit another crime and serve more time. Here are more facts about the challenges convicted felons face when they return to the Des Moines area.

Nearly one-third of individuals who benefit from food pantries are kids ages 18 and under, and 66 percent of households have a member who was employed in the past year. Food insecurity, or when a family is concerned about where its next meal will come from, is a symptom of poverty that can cause significant stress, poor health, and an inability to succeed in school or work. Read more about the issue.

Families that earn below 145 percent of the federal poverty level have access to Child Care Assistance benefits that help cover the cost for child care. But once a family meets the 145 percent threshold, or $23,867 for a family of four, they can suddenly lose all their child care benefits, which adds up to $4,221 per year. As a result, many families will refuse a raise, quit their jobs, or struggle to make up the difference in their budget. Read more about the child care cliff effect.

7. Over 10 years, Des Moines and West Des Moines lost 2,526 affordable housing units at $650 a month or below. (Joint Center for Housing Studies at Harvard University)

Central Iowa lacks 8,500 rental units for households earning less than $15,000 annually, a group that meets the federal poverty level definition. As a result, most of these families pay more than 50 percent of their income for housing and utilities, leaving little remaining for food, medical bills, transportation, child care, and other needs. Learn more about affordable housing issues in central Iowa.

8. Only 32 percent of working Iowans have the skills and credentials needed to work in the middle-skill positions that make up 55 percent of Iowa's jobs. (Advocacy Agenda Building on Smart Investments in Iowa's Workforce and Industries)

Most jobs require a high school diploma up to an associate degree. Yet, 35,000 central Iowans do not have a high school diploma and are at an economic disadvantage. With Iowa's unemployment rate below 3 percent, employers need skilled workers to fill positions. Much of United Way of Central Iowa's work in income focuses on helping adults acquire the skills and credentials employers are looking for.

9. By sixth grade, chronic absence is a leading indicator that a student will drop out of high school. (BelFaz, R. & Herzog, L.)

If a student has a failing a grade in math or language arts, has an attendance rate of less than 85 percent, or has one unsatisfactory behavior mark in a core course, that student has only a 15-25 percent chance of graduating on time. Yet, central Iowa lacks a lot of support for its middle school students. Here's why we need to consider additional support for middle school students.

Access to public transit and being able to walk safely are important ways for those who live in poverty to get to work, medical appointments, run errands, and build social connections. Many struggle to find access to public transportation, especially to access jobs in suburban areas.

We invite you to learn more about these issues and find ways you can join us to fight poverty together in central Iowa. 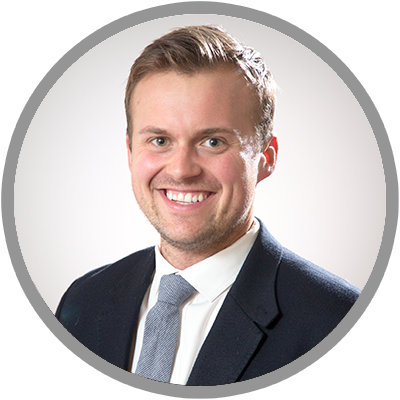 About The Author: Seth Johnson

Seth Johnson is the former program director of OpportUNITY.