A central Iowa student gets the vision to learn

Aaniece Owens used to sit in the back of the classroom and squint at the blurry board at the front of the room. Her teacher told her she could go the carpet at the front of the class to read the board if she needed to, but Aaniece was shy and only went a few times. She often had headaches and borrowed her mom's glasses when she was at home. 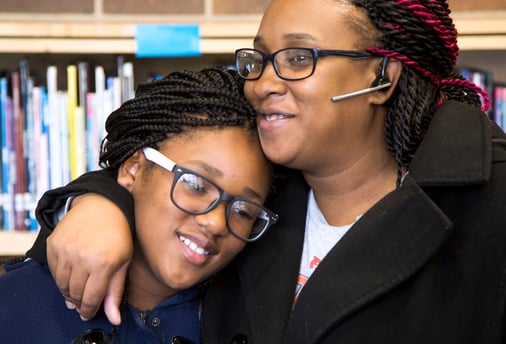 Then, in May 2017 as a fourth-grader, she received an eye exam at school, and along with 19 other students, received two pairs of glasses.

Aaniece was among 160 students at five Des Moines Public Schools to receive glasses during the Vision To Learn pilot project that United Way of Central Iowa brought to central Iowa this spring. By the end of the 2017-18 school year, Aaniece will be among 1,000 students at 22 schools to receive glasses through this program. The program specifically targets schools where more than 50 percent of children are on free and reduced lunch.

For Aaniece's mom, who is going to school to get her nursing degree, working, and raising two children while pregnant with her third, Vision To Learn made a huge difference.

"I have a really hectic schedule, so the fact that they could take care of all of this at school really took a load off my shoulders," Veronica Campbell said.

Her daughter had been screened a year prior to see if she needed glasses and passed that screening, Veronica said. But as the year unfolded, Aaniece kept having headaches, so her mom took her to a pediatric neurologist.

On #GivingTuesday, this November 28, United Way of Central Iowa is raising funds to expand Vision To Learn to 22 Des Moines and West Des Moines schools. More than 1,000 students who need glasses could receive them through this program. A $100 donation covers an eye exam and two pairs of glasses (one for home and one for school) for one student. 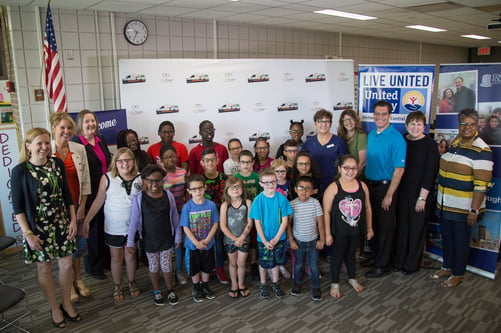 Then Vision To Learn's initial screening at Lovejoy Elementary determined that Aaniece needed an additional exam. She received a modified screening exam with a full refraction from a trained eye care professional who worked out of Vision To Learn's mobile unit -- a fully equipped van parked outside her school. When the eye care professional determined she needed glasses, Aaniece was able to pick out her frames -- white on the edges and thick, a style she loves.

The ability to see clearly has not only alleviated Aaniece's headaches, but it's also helped her learn.Research shows that 80 percent of learning during a child's first 12 years of life is visual. Vision To Learn is a part of United Way of Central Iowa's READ to SUCCEED initiative as a key strategy to help students read proficiently by the end of third grade, the number one indicator that they will graduate.

Aaniece was already doing well in school and reading often, but now she can see the board and keep up with the lessons in class.

“I still sit in the back of my class this year,” Aaniece said, “and I can see to the front of the class. My teacher writes little, and I can see it now."