From Tanzanian Refugee Camp to Life in Central Iowa 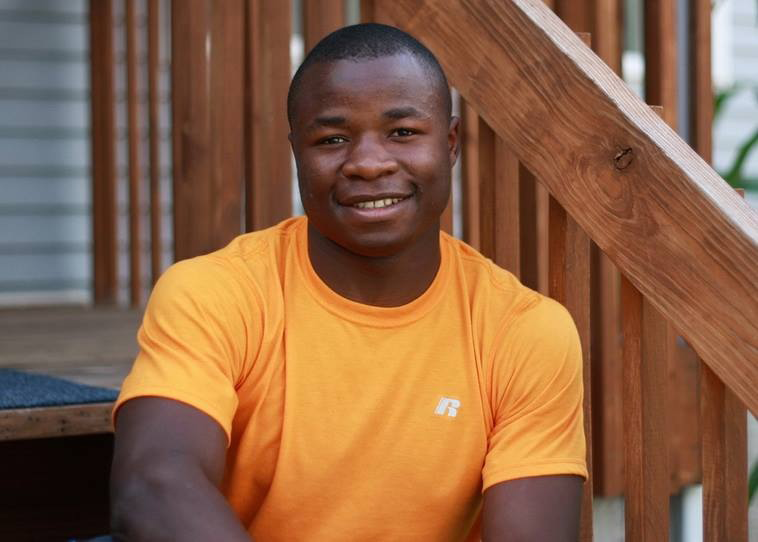 “My goal is to go back to the refugee camps and give students the resources to be successful, to help them see the different things the world has to offer."

For Kwizera Imani, school was a gift. It was a privilege that many kids in the Mtabila refugee camp in Tanzania didn’t receive. School was also a solace. Imani threw himself into academics to help deal with the grief of his mother’s and younger sister’s death in the camp.

Imani’s parents fled their native Burundi in 1994 when violence from the Rwandan genocide spilled into the neighboring state. Imani was born in the Tanzanian refugee camp a few years later and lived there until the age of 11. He worked hard to earn 80% proficiency in every subject so that he wouldn’t get held back like many of the other kids.

Passing each grade was Imani’s biggest dream. He had never lived anywhere but the refugee camp and had never seen his native country. He couldn’t even imagine what life elsewhere might be like. 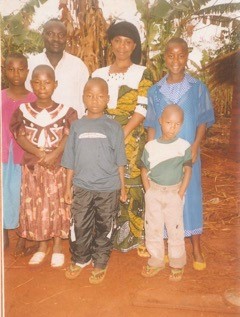 “There I thought I would spend the rest of my life,” Imani said.

In 2008, Imani’s family (his father and five siblings) was chosen by the United Nations for resettlement in the U.S. When they arrived in Des Moines in February, it was 70 degrees colder than the average day in Tanzania. “I had never seen snow, so my thinking process was: Why did somebody spread rice outside?” Imani said with a laugh.

Adjusting to life in a strange city was difficult for Imani and his family. He and his siblings started school just two weeks after they had arrived, before they were able to speak any English. Fortunately, Imani befriended another refugee—a boy from Sierra Leone—who had been in the United States for much longer.

Imani ended up staying with his new friend for a few months to learn English, carrying a well-worn dictionary around with him as he conversed with the family. 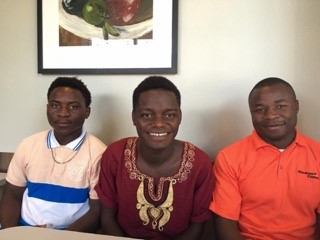 “If I wanted something, even a glass of water, I had to speak in English,” he said. Though it was frustrating at the time, Imani credits the family with his quick progress of learning the language, passing the test for ESL students, and transitioning to traditional classes by eighth grade.

In Iowa, Imani’s dreams grew a lot bigger, and he took full advantage of what life had to offer him. At North High School, Imani played four sports (soccer, football, wrestling and track), joined the robotics club, and spent four years in the U.S. Marine Reserve Officer Training Corps (ROTC). Through Central Academy, he attended two years of the Aviation Technology program at the Des Moines airport, learning how to inspect and maintain aircraft systems. The program sparked an interest in airplanes, and he developed a new, even greater, dream: to become an aerospace engineer. 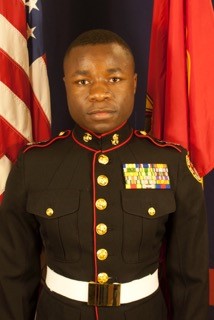 Imani knew that, in order to succeed in such a competitive and difficult field, he needed to build a solid foundation in math, science, and English. He took advantage of his school's Advanced Placement program, which is funded in part by United Way of Central Iowa. Imani took AP classes in calculus, statistics, physics, government, and English literature and composition.

Imani credits the AP classes for preparing him for college—particularly for teaching him how to study and manage his time. He enjoyed working with his small cohort of students who took AP classes together. He also appreciated the collaboration-based teaching style that helped him engage and understand what he was studying on a deeper level. “The teachers are just there to facilitate and to inform students about what they’re doing. The rest is student-based learning,” Imani said.

Des Moines Public Schools reports that students who take AP courses and exams are much more likely than their peers to graduate college in four years.

Guided by a belief that any student can learn anything when adequately supported, the Advanced Placement program—now called Flexible Graduation Pathways—is working to expand access to underserved students.

The Sky's the Limit

Imani took the credits he earned from his five AP classes to Iowa State University, where he is now a sophomore majoring in aerospace engineering. Since starting college, he has taken the prestigious President’s Leadership class, joined the Governor’s STEM Advisory Council and interned at Rockwell Collins.

If all continues to plan, Imani will be the first in his family to graduate college, far surpassing his father’s sixth-grade education. He hopes to use the degree to land a job in the aerospace industry at Rockwell Collins, Boeing, or NASA. His ULTIMATE goal, however, leads all the way back to the refugee camps in Tanzania, where he first discovered the power of education.

“My goal is to go back to the refugee camps and give students the resources to be successful—to help them see the different things the world has to offer.”

“I don’t want refugee students to be complacent. I want people to see education as an opportunity. I want them to see it as a window to getting a lot more things from this world...to sharing the things they have with the world.”

Buoyed by the gift of education, Imani now shares his own gifts with his classmates, teachers, colleagues, and neighbors every day, and we're all grateful for it.

If you'd like to attend the Refugee Summit or learn more about ways you can support refugees and help welcome them into the community, click below!