The Power to Change a Life

During 25 years of involvement with United Way, Sean Vicente has changed a lot of lives. But the one he is most proud of transforming is his own.

The Joy of Giving

Sean Vicente says that giving to United Way lifts everybody in the community up.

"We all know that most people in Des Moines are touched by United Way in some way, shape, form."

Thank you to everyone who invests in central Iowa!

The managing partner of KPMG’s Des Moines office, Sean first got involved with United Way back in St. Louis as a loaned executive, where he spent several months as an honorary staff member on loan from his company and got to know the work up close. When he came to Iowa in the late '90s and began looking for leadership opportunities in the nonprofit sector, United Way of Central Iowa seemed like a natural choice. 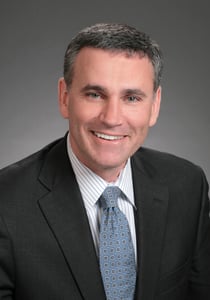 At the time, United Way was just getting ELI (Education Leadership Initiative) off the ground, and Sean joined the advisory council. He and his peers were instrumental in shaping what would become the investment committee—a group of volunteers deciding where to focus funding to support middle and high school youth through graduation. Sean looks back on that time fondly; it allowed him to participate in a period of immense change for United Way over the next decade as the organization established new affinity groups, formed priority areas, and set Goals for 2020 in Education, Income, and Health.

As Sean matured in his career, his volunteering rose to new heights, as well. In 2010, he joined United Way of Central Iowa’s board of directors and finance/audit committee, eventually chairing that committee for three years. Concerned with budgets, funding, and endowments, the committee takes on vital organizational work.

“People trust you with the dollars that they give,” says Sean, “and you want to make sure that, not only are you getting those dollars into the community, but also that you are doing it in a responsible thoughtful way.”

Most people would find the work of the finance/audit committee yawn-inducing, but Sean was energized by the rigorous standards of accounting he found at United Way.

“I think that if most people understood the process that United Way goes through, they would have even more comfort than they do when they give their money in the first place,” he says.

In addition to serving in other leadership positions, such as Tocqueville co-chair, Sean has participated in direct, hands-on volunteering with his family to instill a sense of giving and community pride in his two children. And he’s ensured that KPMG has stayed committed to the cause, as well. In 2017, the firm collected 5,000 books for kids at Willard Elementary, enough for each student to take home six books over the summer, a time when many students lose the reading skills they gained throughout the year.

For Sean, giving back has always been an essential part of his identity and the character of Des Moines. He’s proud that the community is No. 1 in per-capita giving for United Ways that raise over $25 million a year.

“We live and work in a great city,” he says, “and it’s just part of trying to continue the success of where we live and to really raise everybody up in the community.

“I think people who work in a place like Des Moines have a responsibility to give back.” 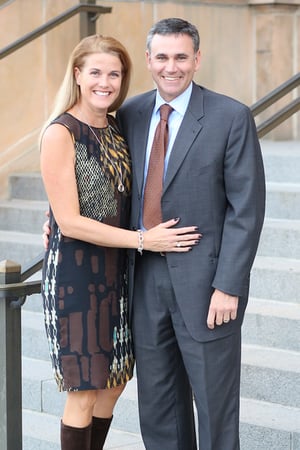 Sean and his wife Jennifer are Tocqueville Society donors, members of a generous group of philanthropists who donate more than $10,000 a year. And all their money goes directly to United Way of Central Iowa and its investment committees, who decide which funded programs will best improve the health, education, and financial stability of central Iowans.

Sean thinks United Way has the model that improves lives. He has seen it work over the past decades.

“I’ve had the satisfaction of knowing I’ve made some little difference in all of this—for somebody.”