Here's why this CEO gives back to his community 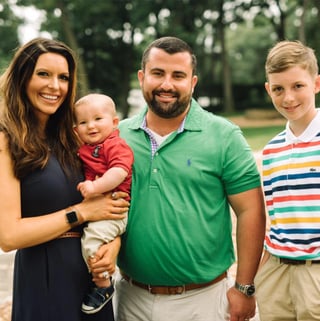 Michael Krantz, CEO of Adventureland Resort, is in the business of selling fun. But he also recognizes the important role he plays as a business partner in the community. When Jolly Holiday Lights closed due to flooding in 2015, Mike accepted his wife's challenge to bring the experience to Adventureland. In 2016, the Make-a-Wish Foundation's fundraiser achieved record attendance.

Mike also became a Tocqueville Society member of United Way of Central Iowa, joining a group of leaders who give generously to further our work in education, income and health. For his leadership and community commitment, Mike will be recognized as a Forty Under 40 honoree by the Business Record this month.

We asked Mike a few questions about why he invests in United Way:

Q: Why did you become a Tocqueville donor this year?

A: United Way has been on the forefront of community development throughout central Iowa for nearly a century, a record of continued commitment that long speaks volumes to the great work being done. United Way is truly an example of the sum being greater than its parts. As a Tocqueville donor, it is my goal to combine the resources of like minded individuals to make the greatest impact possible.

Q: Among education, income and health, is there a priority area you're especially invested in?

A: I don’t have a specific priority area, but I do feel that each of the United Ways’ three focuses are critical to the betterment of the state. As a tricycle won’t move if missing a wheel, the core development of any community suffers immensely without a balanced vision of education, income and health.

Q: What drives you to pursue success?

A: Having had such an inspirational father, my drive to pursue success is directly linked to an innate desire to make him proud. After his passing in 2006, I’ve never questioned the impact I wanted to have on the local community both charitably and professionally.

Q: What's your biggest passion and why?

A: Growing up in a family business, family has always been at the core of everything I do. Whether it’s working together, vacationing together or just a simple dinner, I’ve never questioned who are my closest advisors or the people who will never let me down.

Q: How can young professionals create impact in their community?

A: My advice to young professionals who are looking to be engaged in nonprofits whether small or large is simple – just get involved. Don’t be intimidated by the senior members of an organization; instead embrace their years of experience and learn from them. Don’t feel that your resources aren’t significant enough to make difference. Get started now and become that senior member years from now, and then pass along what you learned to the next generation.