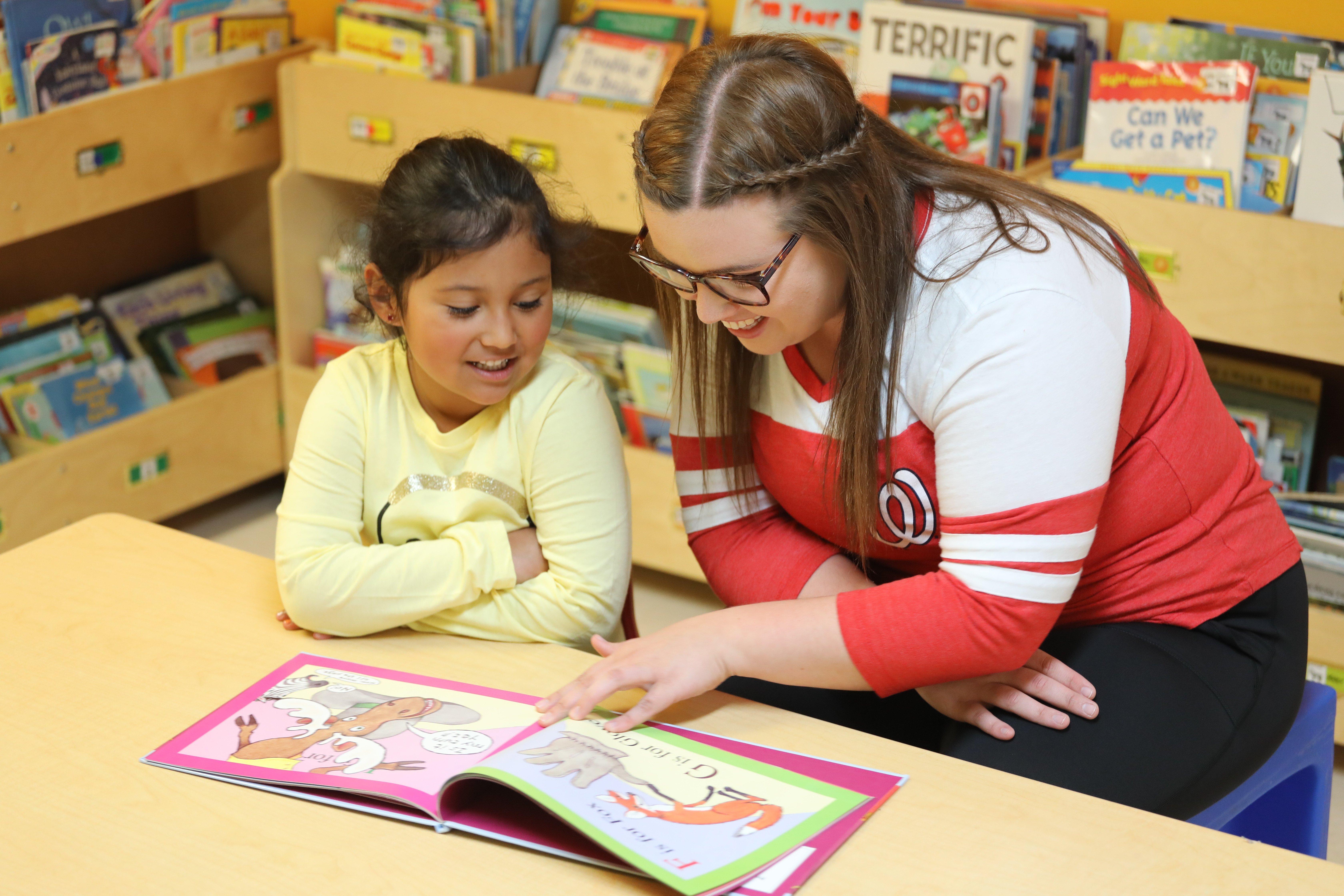 Yanira is an amazing example of what can happen when a four-year-old has the opportunity to work one-on-one with a reading mentor over a school year.

Yanira is Hispanic, and her family speaks both Spanish and English at home. Her teachers at Bidwell Riverside Child Development Center paired her with an English Language Learner student so the two children could help each other communicate. Her partnering friend was frequently absent, and Yanira had the opportunity to spend one-on-one time with her Book Buddy. Being bilingual, sometimes Yanira needs more time to understand certain literacy concepts, such as rhyming. The one-on-one attention and focus on these types of early literacy skills with her Book Buddy helped her to develop her reading ability.

Book Buddy reaches children in the critical year before kindergarten, helping them build the pre-reading skills they need for a strong start in school. For 40 minutes a week, volunteers read one-on-one with four-year-old students at early childhood centers in Des Moines.

Even though Yanira had only been participating in Book Buddy for 4 months, her literacy skills were quickly progressing. “Since September, Yanira has increased understanding of concepts of print, her ability to isolate the beginning sound of a word, and her ability to blend sounds to identify a word," wrote Lisa Stocksleger, ECQuIP Literacy Consultant, at that time. "She has also increased her knowledge of letter names. During her fall assessment, Yanira knew the name of the letter ‘I’ in her name. When I worked with her in January, she named all the letters in Yanira except ‘Y.'” 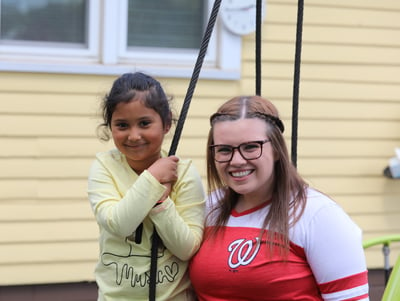 Yanira answered 20 out of 25 questions correctly on the final screening.

Her final score is average for her age, according to the screening tool. She gained 8 points on her final screening.

Yanira’s teachers have seen the same success in the classroom and enjoyed seeing her grow through Book Buddy as she prepared for kindergarten. Additionally, Yanira’s family looked forward to receiving the book at home each week and reads them frequently.

“I love having Yanira as a Book Buddy. She is always so excited to see what every book is about," says Grace Clark, Book Buddy volunteer. "When we finish each book her first question is if we have time to read it again. As the year has progressed, she has gotten so much better at identifying letters and her general understanding of what’s happening in each book. I’ve loved being a part of this program and watching my Book Buddy grow."