Three years ago, if you’d asked Bonito what he wanted to be when he grew up, he’d have said professional soccer player.

When he wasn't at school, the 10th-grader was playing soccer and hanging out with his friends. If soccer didn't work out by the time they graduated high school, their families' would likely encourage them to find a job and get married. 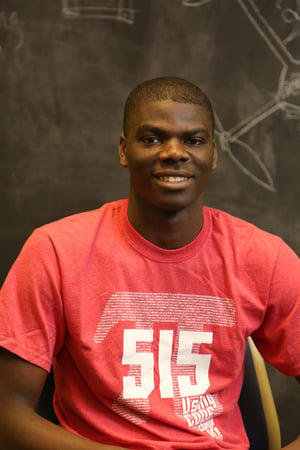 Then Nancy Mwirotsi convinced one of Bonito’s friends to bring a group to Pi515, a United Way-funded education program. On a Saturday morning, in the basement of a church, they learned how to create a basic command that made their computers say 'hello." It wasn't the most exciting lesson, but it was enough to make Bonito return.

United Way of Central Iowa provides after-school programs and other support to help youth graduate from high school. Key to students' lifelong success is identifying pathways that can lead to careers.

Learn more about how we support youth from school to careers.

Tanzania to the U.S.

Bonito was born in a refugee camp in Tanzania after his family fled Burundi because of persecution. He recalls how hard his parents had to work and how few resources his family had in the camp, but mostly he remembers what it was like to arrive in the U.S. at age 9.

“It was really difficult,” he says. “I remember seeing everything was different from me—the people , the culture, the food. I was not used to it.”

Within a month, he started school. He took English-language classes through eighth grade. His parents, who worked in a meatpacking plant to support their large family, kept pushing Bonito to go far in his education.

“My parents always tell me that education is the only way I can become something and also provide for myself and others who are not in the position I am,” he says. “They always push me to try hard and do great in school.”

But in 10th grade, Bonito had a hard time focusing on school. With a shy laugh, he says that, at school, you just did what the teacher told you. “It’s not hands-on, where you create this and see how it is.”

“Pi515 made learning fun," Bonito says, "and through that experience I developed an appreciation for education. We were learning new things. It ignited that spark.”

When he wasn’t playing soccer or doing homework, Bonito started playing around with creating websites. He signed up for a computer science class at Central Campus, and created a computer game with a friend in Pi515. 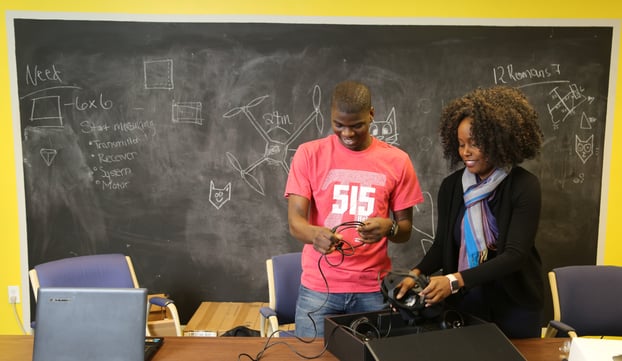 On Saturdays, Bonito would wake up as early as 7 a.m. and wait for Nancy to pick him up, along with 30 other students from around the Des Moines area over two to three shifts. Along the drive, they would joke with Nancy that she needed a new car, because hers was always breaking down.

She would joke back: “Don’t you even say that because this car will take you to college.”

They'd arrive at Zion Church, where an instructor spent the morning teaching them about coding.

"We were learning a whole new language, and that was eye opening for me," Bonito says.

Over the two years he was there, he learned a couple different coding languages, how to build websites, how to create computer games, and even how to build a robot, though it never worked in time for a competition.

Nancy also pushed Bonito to think about college and apply for scholarships. She took Pi515 students on two tours of campuses and to meet people who were there.

Today, Bonito is a freshman at Iowa State University on a full-tuition scholarship. He is majoring in management information systems and minoring in cyber security. He imagines becoming an information security analyst but is just starting to recognize his options.

Bonito is the first in his family to attend a four-year university.

“Pi515 had a big role in that because they helped me see my potential in what I could do if I applied my skills,” he said.

“I just presented the opportunity,” says Nancy. "You took it."