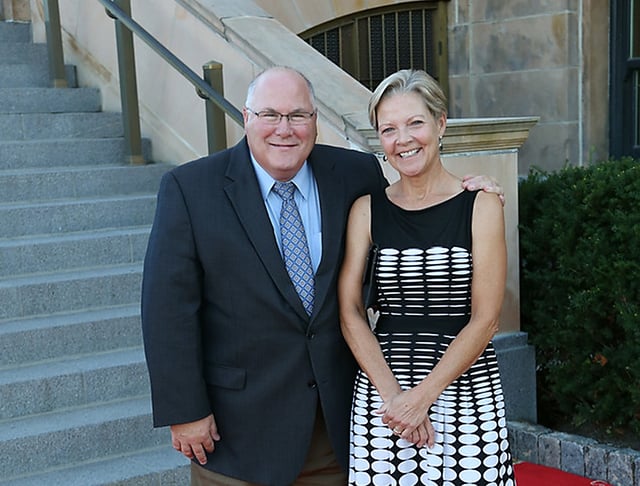 On his first day of work at John Deere in 1979, straight out of college, Jim Israel was given a pledge form. So began his 37-year journey with United Way that will continue in perpetuity.

Jim, who retired as president of John Deere Financial in 2014, and his wife Deb, a retired nurse, have been married for 38 years and have lived in Des Moines for 20. Since 2006, Jim has served United Way of Central Iowa in many volunteer roles, including campaign cabinet member, board member, and 2015 campaign chair.

More Than a Lifetime of Giving

United Way of Central Iowa turned 100 on February 14. We’ve been fighting for the health, education, and financial stability of central Iowa for more than half of Des Moines’s existence.

You can help United Way fight for all central Iowans for the next 100 years by endowing your gift for perpetuity.

His most impactful experience was serving as vice-chair and then chair of the campaign. “His eyes lit up every time he talked about it,” says Deb.

Jim’s favorite times were meeting the people United Way serves. “Sitting down with some of the people we help and listening to their stories and seeing how much of an impact we are having on people’s lives, that cemented in me a real attachment to United Way that made me want to endow my gift.” 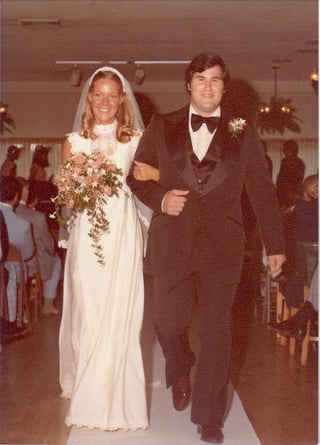 After retiring, Jim and Deb talked long and hard about the future of their charitable giving. They decided their commitment to United Way would never waver.

“One of the best ways we could demonstrate our support was to endow our gift,” says Jim. Their endowment provides a Tocqueville-level gift to United Way of Central Iowa in perpetuity.

“There are a lot of good organizations out there, but what separates United Way is the fact that they set goals and objectives and measure their progress every year. If they meet an objective, they set an even higher goal. It’s a realistic organization, but they hold themselves to a very high standard.”

Jim has seen United Way grow and change over four decades, but he believes the core work will never go away. “I don’t know what the community problems will be over the next 100 years, but I am pretty confident there are going to be some,” he says.

“United Way is such a unique organization because they bring together all these segments of the community—nonprofits, businesses, government—to tackle the toughest community problems.”

The Israels are especially invested in central Iowa’s future because their three sons, three daughters-in-law, and five grandchildren all live in the area.

“I want to be confident that United Way is going to be there no matter what the community problems are,” says Jim. “I want Des Moines to be the best place in the country to raise a family. That’s why we place our trust and dollars with United Way.”