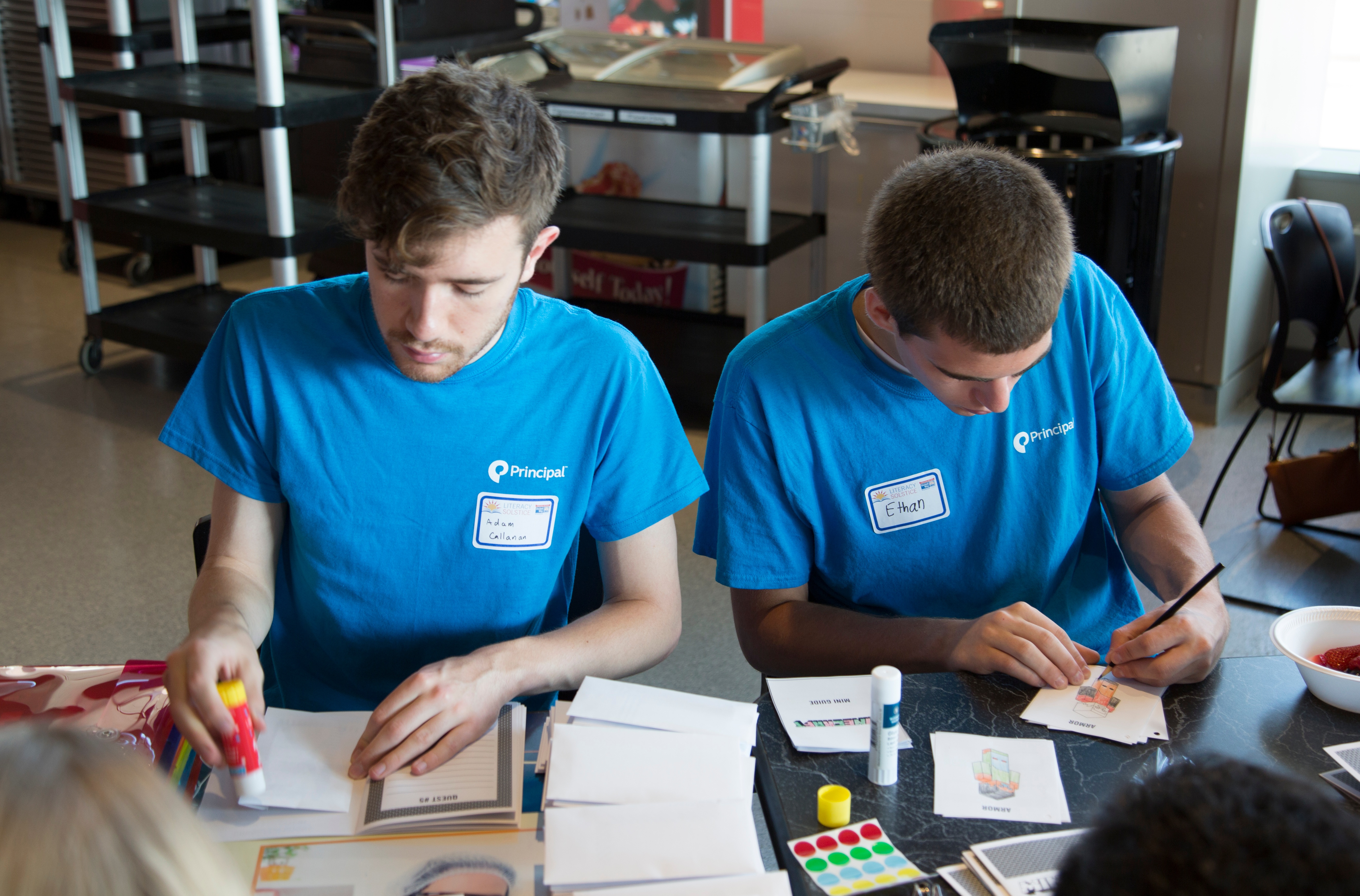 Principal has supported United Way of Central Iowa since its inception 100 years ago. In fact, Gerald S. Nollen, an executive with Bankers Life (which later became Principal), helped lead United Way’s first campaign in 1917, which raised an astonishing sum of $100,000.This was just the beginning of Principal's long-lasting commitment to United Way and the central Iowa community.

100 years later, Principal raises more than $8.3 million for United Way in about 230 communities nationwide each year, with more than $5 million going to United Way of Central Iowa. This year, Nora Everett, President of Retirement and Income Solutions at Principal, teamed up with Suku Radia, CEO of Bankers Trust, to lead our Centennial Campaign.

"Suku and I were proud to carry forward the 100-year tradition by leading last year's milestone campaign," said Nora. "Much like it was 100 years ago, United Way's campaign is driven by committed volunteers, generous donors and a small – but mighty – staff who work together for the greater good of our community."

More than 30 employees work on committees as part of the corporate cabinet that energizes more than 7,500 U.S. employees, advisors, and retirees in giving to the United Way campaign each year. In central Iowa, more than 1,000 employee volunteers each year also give their time through 20-plus projects that support United Way's focus areas.

Principal provides strong leadership beyond the campaign, including serving as a founding member of the United Way of Central Iowa Business Volunteer Council. The company has the largest membership of Education Leadership Initiative, Women's Leadership Connection and Tocqueville Society members, and this year has helped grow a new affinity group for young professionals, called LINC, which is building the next generation of community donors.

Principal has been recognized with awards from United Way of Central Iowa and United Way Worldwide for their extensive work in giving, advocating and volunteering.

"My colleagues, along with so many in the community, consistently rise to the challenge when others in our community need help," said Nora. "Thank you to those who give, advocate and donate to make Central Iowa a more vibrant place to live and work."