United Way of Central Iowa has been advocating to eliminate the childcare “cliff effect” for well over a decade. This effort is a current priority of central Iowa’s OpportUNITY Plan to take action against poverty in our region.

Where we’ve been with the Childcare Cliff Effect
United Way of Central Iowa was an integral part in the state’s eligibility expansion through the Child Care Assistance PLUS program. Women United led the work to allow those families who met the Child Care Assistance income cutoff of what was previously 145 percent Federal Poverty Level (FPL) to have 12 additional months to stabilize before exiting the program.

In Iowa, 79 percent of funds used toward Child Care Assistance are provided by the federal Child Care & Development Block Grant. In recent years, congress has made many improvements and funding increases to this grant program, as well as increasing emphasis on quality affordable childcare. As Iowa has fallen behind many states in childcare, the federal government warned the state that the extended 12-month eligibility was not in compliance with federal regulations.

Iowa has been operating under a corrective action plan for several years and United Way of Central Iowa’s advocacy efforts have pushed this issue to ensure more families benefit from an expanded and compliant program. Iowa’s Child Care Assistance PLUS program cannot have both an income cutoff and a time limit.

Where we are now
Through new rules adopted during the abbreviated legislative session in 2020, which were influenced by United Way of Central Iowa’s advocacy efforts, the state of Iowa has chosen to eliminate the time limit of 12-months of extended benefits to families up to 225 percent of the federal poverty limit (FPL) guidelines.

What does this mean?
Effective July 1, 2020, families at or below 145 percent FPL remain eligible for Child Care Assistance and can continue to receive benefits as their incomes grow to 225 percent of poverty. Previously, the income cut off was 145 percent FPL, which significantly contributed to the “cliff effect.”

The 2020 Federal Poverty Guideline for 145 percent of poverty for a family of four in Iowa is $37,990 – a typical family of four could earn no more than that to be eligible for Child Care Assistance.

While the new rule significantly impacts many low-income families and their ability to afford childcare while continuing to grow their income and aim to achieve financial stability, there is still work to be done. To break it down:

The rule limits how many families benefit from these changes and continues a “doughnut” of ineligibility of those families with household incomes of 146-225 percent FPL.

Where we want to be
United Way of Central Iowa has advocated for all families with incomes up to 225 percent FPL to be eligible for Child Care Assistance, and we will continue this fight to eliminate the disparity between what parents can afford to pay for childcare and what it costs to provide it. 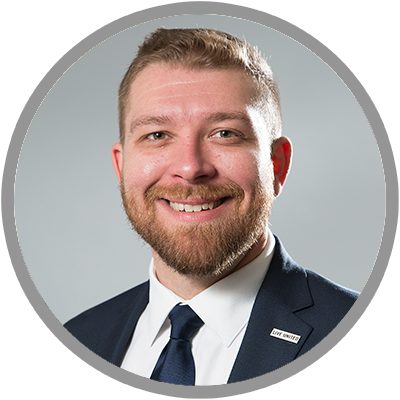 About The Author: Dave Stone

Dave Stone is the Advocacy Officer at United Way of Central Iowa.