The percentage of central Iowa students graduating high school within five years increased to an all-time high of 93.6 in 2016, from 92.8 percent in the prior year, according to data released by the Iowa Department of Education on April 11. The increase moves the region closer toward its Community Goal for 2020 to increase graduation rates to 95 percent and is up more than 10 percentage points over nine years.

“The tremendous increase in graduation rates over a decade means 4,162 more students in central Iowa have graduated from high school,” said Elisabeth Buck, president of United Way of Central Iowa. “These students are achieving more than a milestone: They are gaining the foundation to succeed lifelong as they enter postsecondary education and start careers.”

According to research, an Iowa high school graduate, throughout their lifetime, earns $700,000 more than a high school dropout. Most jobs in central Iowa require some postsecondary education up to an associate degree, while many central Iowans (35,000) do not have a high school degree or equivalency.

“Our community’s significant investment in helping kids succeed is working,” said Renee Miller, Chief Community Impact Officer at United Way of Central Iowa. “We especially have made gains in helping kids start school ready to learn, building critical reading skills in elementary school, and connecting youth to the support they need to graduate and find career pathways. Ultimately, this means more families can thrive in the future.”

To learn more about United Way of Central Iowa’s investments in Education, click the button below: 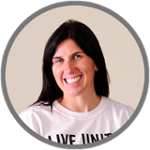