Supporting a Community That Cares 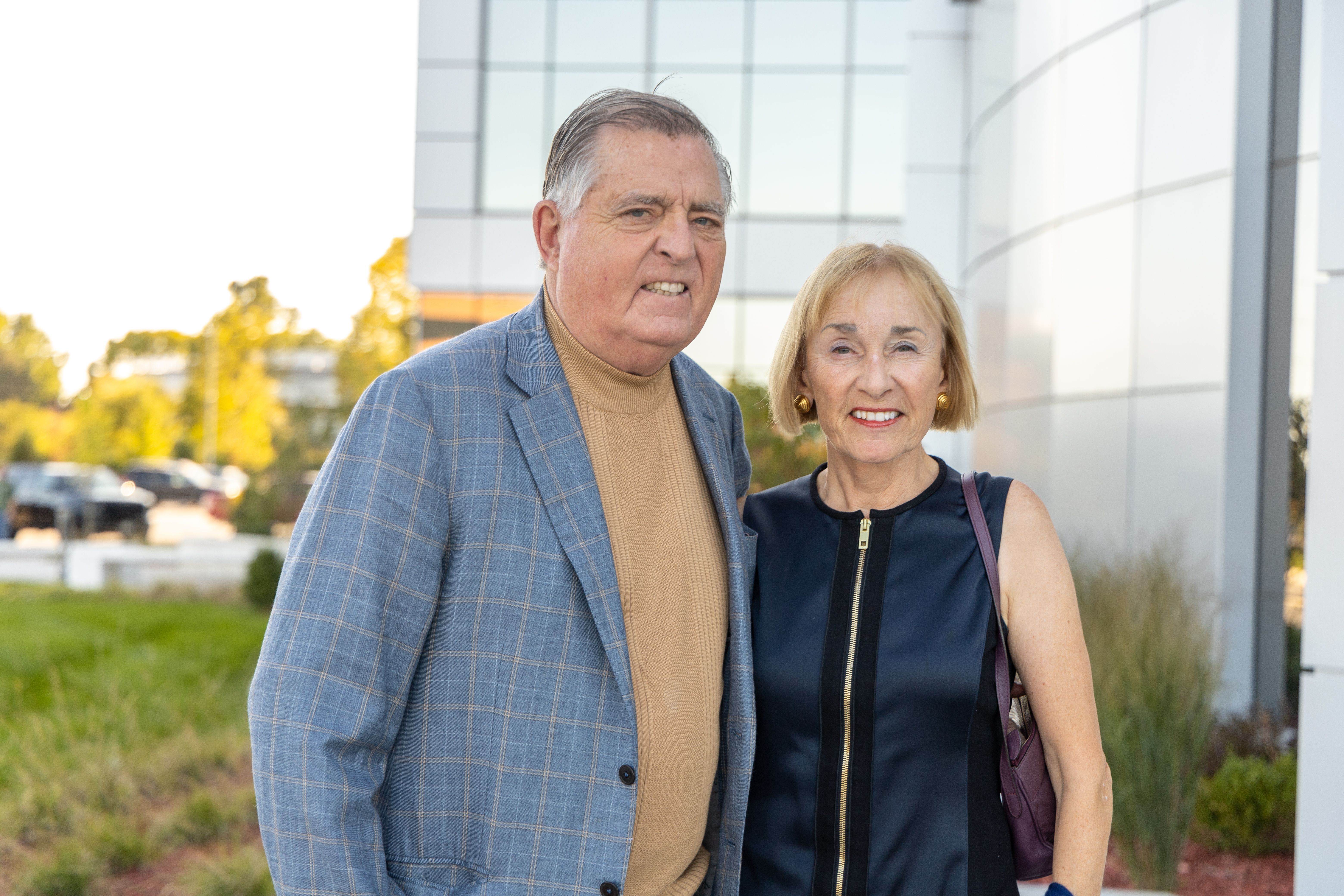 Sunnie Richer was born in a displaced persons camp in Germany after her parents fled war in Lithuania. At age 3, she immigrated with her family to the United States, grew up in Chicago, and eventually, moved to Des Moines to head IBM’s Iowa operation. Her career included building several successful businesses after she left IBM.

Roger Brooks, one of the youngest among 12 children, grew up on a farm in Clarion, Iowa, and became the first in his family to graduate from college. At age 34, he was running Central Life, an insurance company that is now under Athene. The high point of his career was creating a  the corporate structure for the insurance company that became a model for other companies to follow.

What brought Sunnie and Roger together was United Way. Roger first met Sunnie on a CEO call to ask her to make calls on major businesses for support in the United Way campaign.  Although the meeting didn’t immediately lead to a first date, it left an impression that has lasted through the couple’s marriage.

“I like United Way because it is an umbrella organization for major social service needs in our community, and that’s important, because if you give large sums of money, you can’t have a handle on everything that’s taking place,” Roger says. “United Way has the capacity and the wherewithal to do it. I feel like our money is deployed to the right organizations and to the right people for the right causes.”

“I like the way it’s structured,” adds Sunnie. “There is an effort for accountability, for follow through, for measuring outcomes, which is very tough to do in this area, but important.”

After they retired, they chose to endow their gift so that United Way would continue to receive a Tocqueville Society-level contribution every year in perpetuity.

Roger admits he doesn’t like endowments because he’s uncertain how a nonprofit will operate into the future, but “with United Way’s 100 years of history, with it consistently doing a good job, I felt comfortable going into the future knowing our endowment would continue to fund the needs of the community,”  he says.

Roger first became involved in United Way because his company expected all employees to donate during its campaign. When he became CEO, he stopped that requirement. Instead, he believed people needed to give because they wanted to, and his company still maintained one of the highest per capita giving rates in central Iowa after that. Roger served in several volunteer roles, including chairing the campaign.

Meanwhile, Sunnie connected with United Way when she moved to Des Moines, because she didn’t know anyone in the area. “Des Moines is a very welcoming community for somebody who is willing to roll up her sleeves,” she says. She served on investment committees, fundraising committees, and at one time, chaired the board.

She especially has a strong passion for making sure children have access to education and support for future success, having received many opportunities growing up in Chicago. In retirement, she tutors at-risk children struggling to read and she has supported the Children and Family Urban Movement.

Both see United Way as being unique in addressing those issues in a larger way and in uniting the Greater Des Moines community.

“I believe that United Way has been some of the glue that has kept a vibrant corporate structure in Des Moines, because  we have  the leadership of the community meeting on a regular basis to understand community needs,   running very successful fundraising campaigns and then actively participating in allocation of funds, ” says Sunnie. “It helps build a sense of community and a sense of pride.”

“United Way makes Des Moines a better place to live,” Roger says. “And it has contributed to a sense of pride, because we are one of the top giving communities in the country and I think people who are involved are proud of that.”