On December 19, 2019, the U.S. Census Bureau released its 2018 five-year estimates for different data points, including population, housing, and income. Within the release, the results showed improvement from the previous year for the percentage of individuals in central Iowa who are financially self-sufficient, increasing from 67.0 percent to 67.7 percent.

What does financially self-sufficient mean?

In central Iowa, we use 250 percent of the Federal Poverty Level as the definition of self-sufficiency, using information from “The Cost of Living in Iowa.” According to the Iowa Policy Project Report-Central Iowa Stats, it’s estimated that those living at 250 percent of poverty have the means to “survive” and maintain a “basic budget” – meaning they have enough money to cover rent, utilities, food prepared at home, child care, health care, transportation, and household necessities. Unfortunately, it’s not quite enough to “thrive” with extra dollars to put toward entertainment, vacations, restaurant meals, loan payments, education expenses, or savings.

The categories of Extremely Poor, Very Poor/Low-Income, Poor/Low-Income and Self-Sufficient are used when discussing moving from poverty toward self-sufficiency and prosperity. Here, poverty generally refers to people who are living below 100 percent of the Federal Poverty Level: the extremely poor.

The good news for central Iowans is that the percentages within each of these population categories improved: 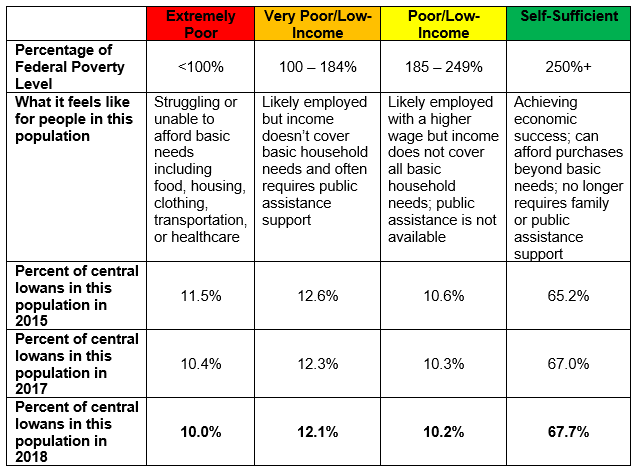 We attribute these positive changes to our community’s dedicated commitment and the collaborative work happening to tackle the critical issues that affect people living in poverty.

Our community’s achievements include:

We Still Have Work to Do

We know that with support from our community, we will continue to make progress – and there is still much to do.

Far too many of our neighbors and family members are struggling, and we will continue to fight for them.

Join the Fight: How You Can Get Involved

OpportUNITY is the work of hundreds of central Iowans uniting to fight poverty through work groups, collaborative learning, and grassroots advocacy. We want to get you engaged – whether you’re an individual community member, an elected official, or business leader. 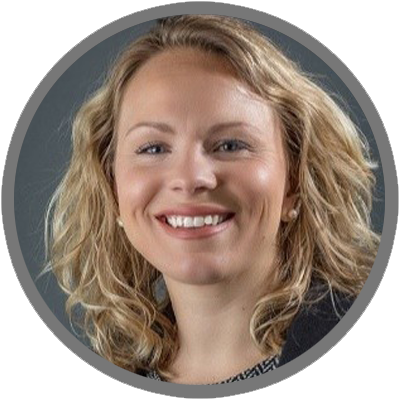