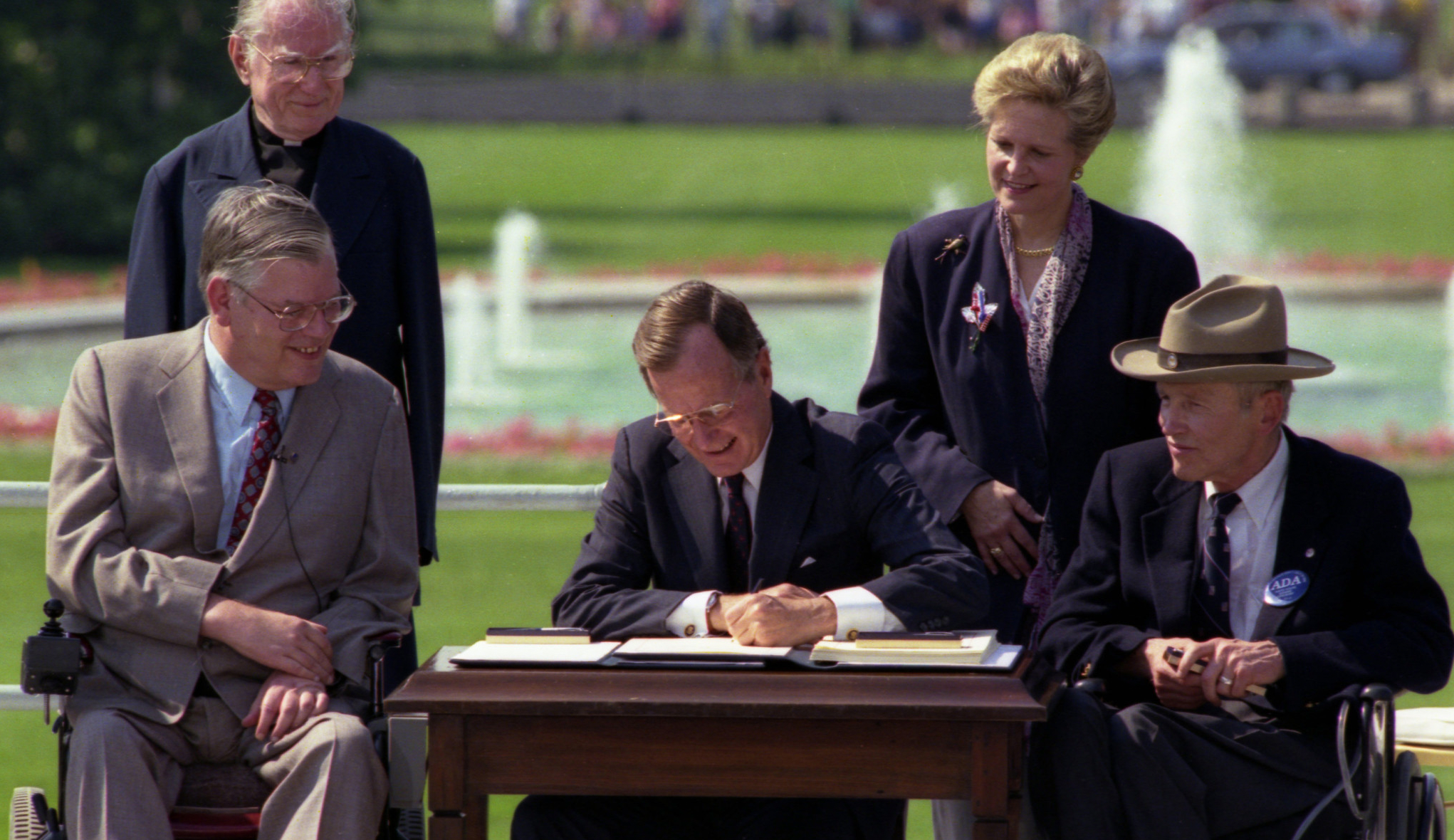 Two years ago, I accepted a position at Central Iowa Works under the leadership of Pat Steele. I quickly learned that Pat had a tremendous passion for those underserved and often marginalized in our community, especially people with disabilities. Pat made it his life’s work to make it so that anyone who wanted to work had the opportunity to work in a good job that gave them a sense of purpose and sufficient income to be as independent as possible.

As we celebrate the 30th anniversary of the Americans with Disabilities Act (ADA) this month, I am reflecting on all that I’ve learned from Pat about why it’s important to empower people with disabilities in our workforce. Here are three lessons that have helped me be a better workforce advocate and human.

Use Person-First Language - I remember the day when Pat spoke about hearing someone referred to as “wheelchair bound.” “Imagine being described as though you are “bound” to something, as if you have no autonomy over your body and life,” he said. I had never thought of it that way, and I immediately scolded myself, wondering if I had ever used that phrase and if it had offended someone. I am sure that I had once, or a few times.

It feels overwhelming sometimes to think that you must have the perfect words all the time, but here’s a trick I learned that has really helped: put the person first. “Person” should always come before the disability, in words as in life. Someone is “a person with epilepsy,” not “an epileptic.” Disability is a characteristic, not how one is solely defined. It should be noted, however, that many within the Deaf community prefer “deaf person” because the term has become a source of positive identity and pride. But if you find yourself in a situation where you aren’t sure how to identify someone, default to using person-first language. Or better yet, just ask!

Hiring People with Disabilities Makes Workplaces Better – Did you know that before the ADA, it was totally cool to ask a person if they had a disability before hiring them? Even though that is no longer legal, people with disabilities continue to represent a huge untapped talent pool in Central Iowa. They are unemployed at almost three times the rate of those without a disability. Employers are often afraid that hiring a person with a disability requires significant resources and expertise, although studies show that’s not the case.

The truth is, hiring a person with a disability is a win-win for the individual and employer. People with disabilities can bring innovative ideas and solutions to the workplace and can even help all employees stay longer. The Department of Labor found that employers who embraced disability saw a 90% increase in employee retention. A 2018 study even found that businesses that actively seek to employ people with disabilities outperform businesses that do not.

Yes, the ADA has a lot of rules about ramps, but those ramps make it so that EVERYBODY has access to those buildings. Just 30 years ago there was no requirement that all buildings be accessible to everyone. Like to read but the library is on the second floor up some stairs? 30 years ago, your physical disability may have limited your access to that library. Accessibility is entirely linked to opportunity and ensuring everyone has the chance to work if they want to, like Pat strived to do.

Since learning about the ADA, I have made a goal of never taking for granted those ramps or Closed Captioning or Individualized Education Plans or so many other things that make opportunity more accessibility for people with disabilities.

However, we cannot rest on these achievements. There are still significant barriers that can prevent an individual with a disability from having the same opportunities as all Americans. But as we mark the 30th anniversary of this landmark bill, it’s good to take a moment to reflect on how far our nation has come, and how far we have to go.

About The Author: Amy Meyer