4 strategies for reducing high turnover in the hotel industry 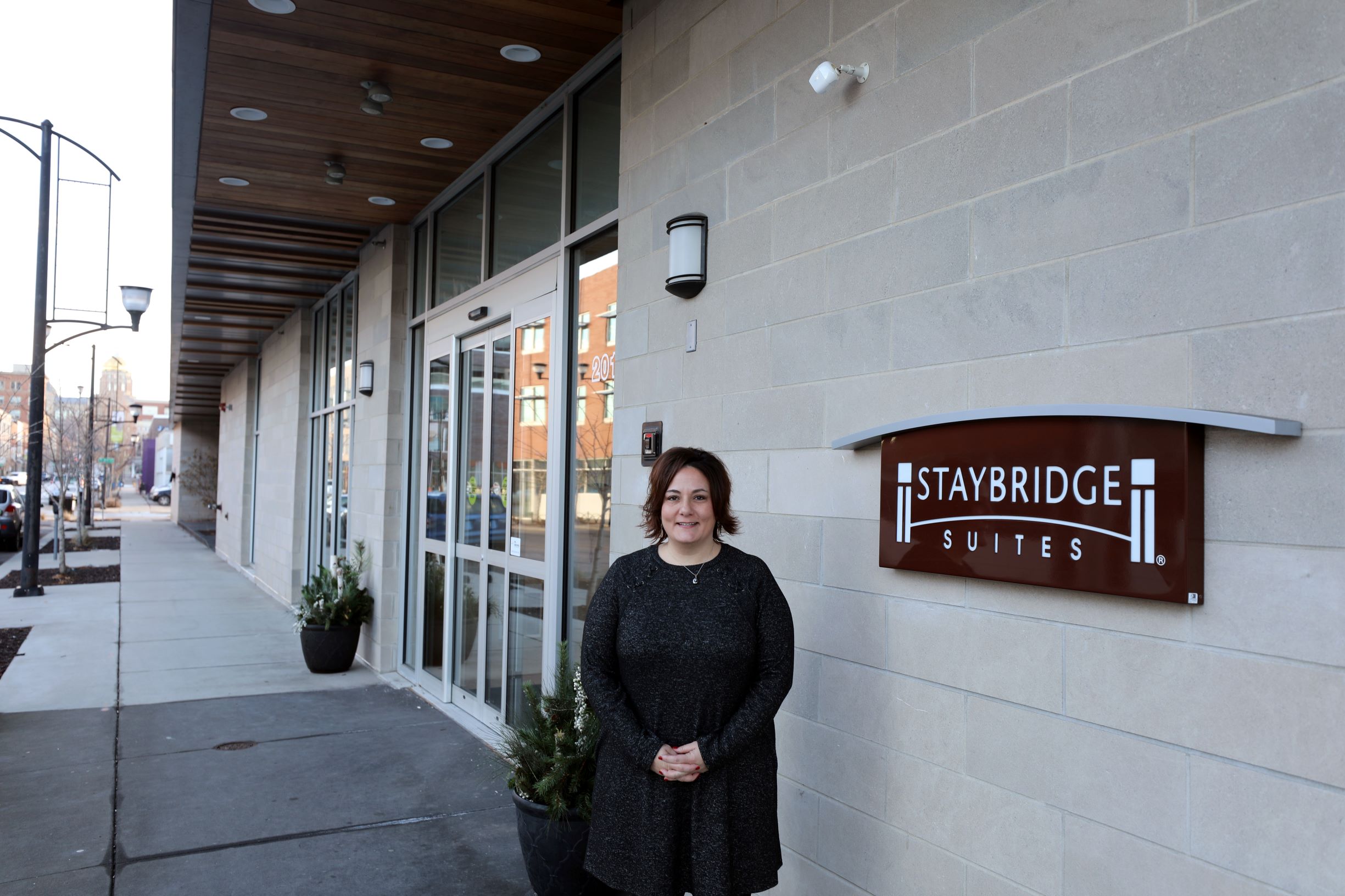 Last July, two employee leaders at Staybridge Suites in the East Village did not show up to work. The new hotel had ramped up occupancy quickly, says General Manager Kristen Amfahr-Cox, and everyone was working extra hours to keep up in addition to hiring temporary labor. Two months later, the assistant general manager quit.

The high turnover became a wakeup call for Kristen, who also was working more than 60 hours a week and trying to constantly fill extra shifts.

“Everybody was burned out,” she says. “That’s when my boss came in and said, ‘Okay, we need to make changes in order to not lose these good people. We’re in a high burnout industry. How can we have people burnout when we’re in the business of taking care of people?’”

Kristen decided to add three new roles that would create middle manager-level positions to prepare people to move into higher management roles and to reduce the stress on the assistant general manager and general manager. The result has been a reduction in turnover, savings in inventory costs, and higher customer satisfaction.

Here are a few strategies Staybridge has implemented over the past 1.5 years that can help you consider ways to boost employee engagement and retention.

Strategy 1: Adding a manager to cover food and beverage

When Kristen’s boss suggested she hire a manager to oversee breakfast and a social hour, Kristen was nervous. In a limited service hotel, those items are offered to guests for free, so adding a full-time position that earns $5 more per hour than the rest of the staff in that department was a risk. “How are we going to absorb that,” she thought at the time.

But in the first six months of adding that position, the hotel saved $11,000 in inventory costs, reducing the cost per room by 40 cents. The cost to create the position was $4,000 more than previous staff costs, but with reduced turnover, the hotel saves about $2,500 per position. In addition, customer satisfaction with breakfast, often a low scoring area, went up five points.

The manager is now in charge of inventory, hiring and training staff, and filling a manager on duty shift each week, which frees up Kristen and her other managers to focus on front desk needs and supporting staff in other areas.

In addition to adding a manager in the food and beverage area, Kristen has looked at other ways to create positions for staff to step into and prepare for management. She created a sales coordinator position that still helps cover the front desk as well as sales, with a slightly higher wage. She also hired a manager in training position, recognizing the value in having someone experience all departments and fill in as an extra manager to gain the skills to become assistant general manager or general manager.

The manager in training role offers more than just preparing leadership within her organization. Her hotel management company is opening a hotel across the street in another year and Kristen sees an opportunity to build a strong team now. In addition, it can be a pipeline for the industry.

“Des Moines is constantly adding hotels,” Kristen says. “Whether an individual stays here or moves on to something else, we need a pipeline of up and comers.”

Kristen has also seen a huge shift in how quickly the workforce turns over. More staff are quitting on the spot instead of giving two weeks’ notice, even if that means they lose a payout for any unused paid time off and can no longer work for the company in the future. She had 19 interviews scheduled in one week and only two candidates showed up.

To respond, she’s started reviewing resumes right as they come in on her phone and getting interviews scheduled quickly.

“It seems it almost has to be a more integrated lifestyle of work and personal in order to respond quickly to candidates,” she says.

Kristen says the owners and her boss have given her freedom to explore new ideas without looking at the immediate bottom line. She’s driven to make changes because of her own desire to not burn out and to develop her staff.

“How do we make it better and sustainable for everybody?” she says. “When morale is low because you don’t have people showing up for work and people are working lots of overtime, that’s not beneficial to anybody, personally or professionally, or to the success of the hotel. My goal is to get past being a firefighter in a hotel. My goal is to be more involved in my community from an employer perspective and to help my staff truly grow.”

Through a project with United Way of Central Iowa, Kristen is encouraging other limited stay hotels to consider similar strategies, especially how to structure middle manger roles around specific responsibilities that the hotel needs support with.

“This may not be the solution for everyone,” she says, “but we all need to think more creatively in our practices and our structure. We need to get ahead of this rather than constantly reacting to what’s going on, and I think building a pipeline of individuals who love hospitality, and being able to attract those individuals, is crucial for the success of the industry in next 10, 20, 30 years.”