Health care employers are increasingly recognizing the value of diversity in the workplace to better serve their patient populations.

Since Central Iowa HealthWorks began in 2017, more than 450 individuals with barriers to employment have received training and support to enter jobs in health care. 70% of our participants are of color.

Yet, among those seeking higher-level training and education for jobs including registered nurse, surgical technician, or certified medical assistant, the number of diverse participants drops to 51%. Across Iowa, only 4.3% of registered nurses are of color (Iowa Board of Nursing, 2019).

Central Iowa HealthWorks wanted to better understand what has helped or hurt people of color to advance in their health careers. From conversations with 17 people of color in a variety of health care positions, we heard several themes. Part one of this two-part blog series will share those themes and part two will focus on opportunities to take action.

Here are three key takeaways from our conversations to inform your diversity, equity, and inclusion strategies:

Nearly everyone interviewed said they were planning to advance beyond a certified nursing assistant (CNA) position—if they hadn’t already—and that they needed a lot of support to do it.

Many people referenced a person—sometimes a person of color, but not always—who encouraged them to advance their career by sharing their own history, pointing them in a positive direction, or telling them they could do it when they thought they couldn’t. Supervisors and co-workers are often supportive, especially in smaller settings. However, a few people said they didn’t tell their supervisor or co-workers about pursuing additional education for fear of backlash.

“I had just had a baby and didn’t think it was the right time to go back to school, but my co-workers and family told me I could do it,” said one participant. “I’m not sure I would be here if it weren’t for that.”

Being different is hard.

Being in an environment of mostly white people is difficult. Many of those interviewed noted racist comments from patients, the feeling of being judged based on skin color, or needing to separate from co-workers to protect their feelings. Some said they were drawn to co-workers who looked like them, because they felt like they could more easily relate, and many interviewed expressed wanting to support other people of color in advancing their careers.

“We want to take care of our own,” says one participant. “I want to help other black co-workers by giving them knowledge that I was given to get here. I wanted to know that people had the same struggles as me and that they could do it.”

Life gets in the way.

Several issues can keep someone from graduating and moving into a more advanced position. Those issues include lack of funds, mental health, or lack of language skills (or perhaps, language confidence).

Most participants said they were working, some full-time. Having to worry about their jobs and financial situations could be a burden when trying to attend school, or it made them not pursue further education.

“I started failing classes and knew it was because I was going through some traumatic situations and didn’t have anyone to talk to about it,” said one participant. “The second time around, I got a therapist, I got medication, and I have a much better support system.”

“When I started nursing school, I was very quiet in class,” said another participant. “Sometimes I would know the answer, but I was afraid that I would mispronounce stuff and people would make fun of me.”

In the next blog post, we’ll explore opportunities for actions we can take to help increase diversity in advanced health care jobs. Learn more about the HealthWorks program here: 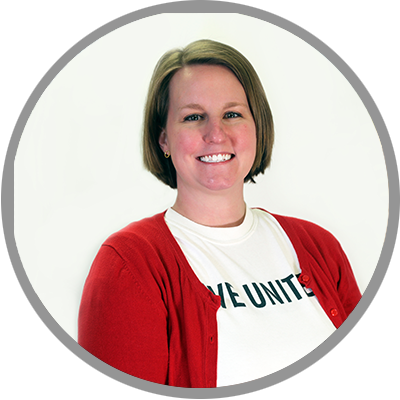 About The Author: Amy Meyer

Amy Meyer is the program manager of Central Iowa Healthworks.