Mary Sellers, President of United Way of Central Iowa, reflects on her purpose and shares phrases on leadership that have influenced her throughout her career. 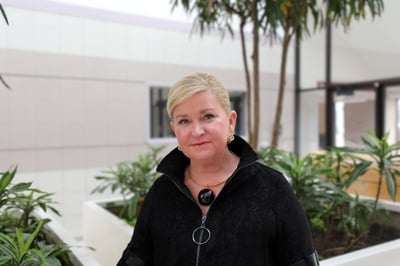 I have always been fascinated with words. Meaningful sayings, quotes and mantras have always had a way of centering me. So, when I consider how my own purpose has shaped my experiences – both personally and professionally – I think of mantras I connected with along the way.

Your beliefs don’t make you a better person, your behavior does.

This mantra is more personal to me as a sort of guiding post. I knew early on that I wanted to make a career out of nonprofit work. I wanted to work with others to make an impact that’s bigger than myself. It has always remained with me throughout my career. However, in the beginning it was more difficult to see clearly. As a young professional, figuring out what I wanted to do, and how I wanted to do it, required some values work and mentoring.

Leadership is about leading people, not organizations.

My first step on the path to nonprofit service began at the Orlando Science Center. It was there that I started my career in my early 20s as a Special Markets Manager. In essence, my job was to entice tourists to drive 20 miles, through downtown Orlando away from the theme parks to visit the Science Center. No small feat.

The President of the Science Center at that time was Sondra Quinn. She was eclectic, worldly, a great storyteller and just fascinating. What I remember most about Sondra at that time, was that she would spend time with me to talk about what I wanted to do in my career. She’d ask, “what puts fire in your belly?” It was because of her mentoring and personal interest in helping me to grow that I moved my way up to Vice President of Marketing with the Science Center.

Her interest in mentoring me is also why I felt comfortable going to her for advice when I was offered a marketing position with the Orlando Magic. I was able to talk to her about my concerns and whether I was passionate about my work at museums or if I was passionate about marketing. I knew the answer to that question would determine whether I wanted to accept the position with Orlando Magic.

Sondra suggested that I apply for Museum Leadership Institute offered by the Getty Institute. If I was accepted, I would go through a three-week residency program open to museum professionals from around the world and would certainly find out if museum work was a path I wanted to continue. I applied, was accepted and I spent three weeks at University of California-Berkley with amazing museum professionals. When I came back, Sondra asked me if I’d decided whether my passion was museums or marketing. I had found my answer – it was museums. Just six months later, I was hired to run the Science Center of Iowa at the age of 32.

I learned something important from Sondra about leadership. When people ask me what I’m the proudest of in my career thus far, it is that I’ve had 19 direct reports go on to be CEOs of their own nonprofits. I’m not sure this would ever have happened if Sondra hadn’t been my leader first. I make it a personal goal to make time for my teams, to listen and to help them grow as professionals just as she did for me.

Leadership isn’t about you – it’s about the role you play.

This was terrifying. If the Science Center couldn’t raise those funds the rest of the Des Moines projects would also not be considered for funding. So, we worked day and night for the next few weeks. At the meeting three weeks later, I was asked in front of the same group if we had raised $15 million. I answered, “No, we did not. We raised $18.2 million.” We had surpassed our goal!

I learned a couple things through that experience. First, I learned that some of the most rewarding times of my career were when I had to walk through the biggest challenges to reach the other side. I also learned that leadership isn’t about you; it’s about the role you play. Since that time, I’ve had to pause when I’ve come up against challenges. Even when experiencing the highs of my career, I have to remember – it’s not about me, it’s about the role I play.

Vision Iowa was a collective project to reinvest in the growth of Des Moines back in the early 2000s. For more than 20 years, Greater Des Moines went on to experience an amazing transition. We had record growth and development, and it still continues. If you peel the onion back to see out how that happened, I am reminded of a Politico article published in 2016 that attributed it to “radical cooperation.” We live in a community that reaches out to others. We are a community that provides access to leaders. If you reach out to our community leaders, I guarantee they will have a conversation with you.

Another unique feature of our community is that anyone can get engaged and make a difference. I experienced that firsthand as a 32-year-old coming to Des Moines to lead the Science Center. I personally trace the DNA of our community back to the agrarian foundation of our state. If a farmer is having trouble, another farmer will help. It is reflective of neighbors helping neighbors. It’s part of the ethos of our community.

Former Governor Ray invited refugees into our communities and that still happens today, as we welcome Afghan refugees. And then there are the caucuses – only in Iowa can you expect to have a conversation with a Presidential candidate at a gathering in a back yard. There is a sense of responsibility, and of pride, in our caucuses. Our radically cooperative community is why we continue to successfully grow.

As I reflect through my own purposeful history and where I am today, I am honored to be able to continue leading the wonderful work of United Way of Central Iowa. I’m grateful for the lessons I’ve learned along the way and those I will continue to learn as I stay true to my purpose. I only hope to continue leading well and fostering new purposeful leaders for the future of Greater Des Moines. 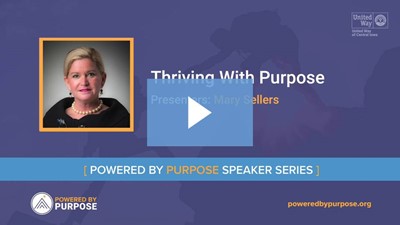 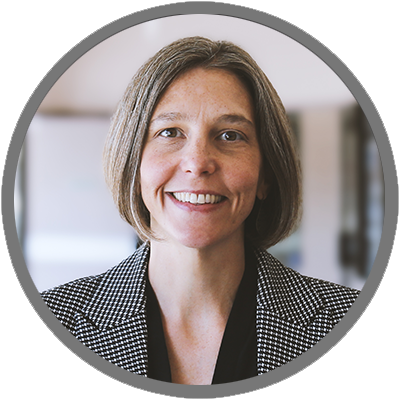 Powered by Purpose is an initiative of United Way of Central Iowa. We are fostering an equitable, engaged, empowered community that is UNITED to THRIVE.

Special thanks to the following Powered by Purpose partners:

United Way of Central Iowa is proud to have earned a four-star rating for 14 straight years from Charity Navigator, an American independent charity watchdog organization that evaluates charitable organizations in the United States. This record places United Way of Central Iowa in the top 1 percent of charities nationwide. Click the logo to review our complete evaluation.