When families thrive, children learn better in school, adults are more productive, and communities are safer.

One-third of central Iowans struggle to earn enough to meet their basic daily expenses and save any extra at the end of the month. Many families work and still struggle to make ends meet. They are one flat tire or one emergency room visit away from crisis. 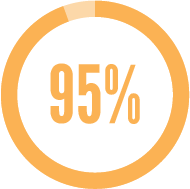 of parents receiving child care assistance work, but a raise of just 15 cents an hour can put them in jeopardy of losing these benefits. 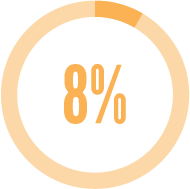 percent of people in central Iowa are refugees and immigrants. Many work in lower-wage jobs. 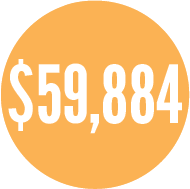 is the median household income for all of Polk County vs. $26,725 for African-Americans in Polk County.

FALLING OFF THE CLIFF 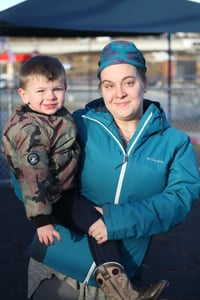 Kelly Dejoode was panicking. She had just received a letter saying she would no longer receive Child Care Assistance from the state. She was going to drop off the so-called “Child Care Cliff.” Without assistance, Kelly would go from paying $17 a week for her three-year-old son Jaxson to attend Oak Academy full time to paying $180 a week. Her wages—a little more than $13 an hour—as a teaching assistant in a Head Start classroom couldn’t cover the increase as well as her family’s other basic needs, including rent, gas, and food.

She didn’t realize that by starting to work full time, she would be pushed over this cliff. “Things were starting to go really well,” she says, “and then boom, that happened.”

every central Iowan had a chance to thrive?

We fight to remove barriers that keep central Iowans in poverty by:

more central Iowans were financially self-sufficient in 2017 than two years before. 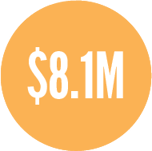 $8.1 million in tax refunds went to central Iowans with the help of 140 Volunteer Income Tax Assistance (VITA) volunteers and through the MyFreeTaxes program. 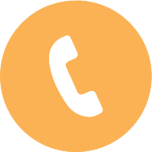 GIVING OUR WORKFORCE A CHANCE

United Way of Central Iowa invests in programs and initiatives that are connecting talent with workforce needs.
Learn more about our strategies in INCOME.

A grassroots effort to unite central Iowans in tackling the barriers that keep people in poverty.

An initiative to provide wrap-around support to single parent families through a multi-generational approach.

An advocacy effort to increase the threshold for child care assistance benefits to prevent families from facing a cliff that can lead them deeper into poverty.

We fund several programs at local non-profits at are working on these issues.