The Legislature is moving toward an on-time adjournment by agreeing to a deal on tax policy and education funding.  The tax issues, combined in one bill (HF 2433), moved quickly through both chambers and is on its way to the Governor.

The education-related agreement is being drafted.  We expect this bill to contain K-12 funding and an appropriation for summer reading (2017).  Once introduced, this bill is also expected to move quickly through the Legislature.

This legislative session is scheduled for 100 days.  The 100th day is April 19th.

Our next lobby day is Tuesday, March 22nd from 1 - 4 pm.  This will be a joint lobby day with United Way of Central Iowa, United Ways of Iowa, Iowa Council of Foundations, and the Casey Foundation Grade Level Reading sites. We will discuss summer reading, preschool expansion, and First Five expansion.

There will be a training from 1 - 1:30 pm.  We will host legislators from 1:30 - 3 pm.  There will also be time to meet with legislators one-on-one.  Contact Sarah Ramsey for more information.

SF 2297:  Passed Senate 49-0.  Did not advance in the House and the bill died in the funnel; however, the House is expected to consider this language in a late appropriation bill.

1.  Appropriates $300,000 to DHS for planning grants for the development and implementation of children's mental health crisis services.

2.  Directs DHS to study and collect data on emerging, collaborative efforts in existing programs engaged in addressing well-being for children with complex needs and their families in communities across the state.

3.  Requires DHS, in consultation with DPH, the Mental Health and Disability Services Commission, and the Mental Health Planning Council, to submit a report with recommendations to the Legislature by December 15, 2016.  The report will cover the creation and implementation of a statewide children's mental health crisis service system and the development and implementation of a children's mental health public education and awareness campaign.

HF 2392:  Passed the House 96-0 on March 3rd and then passed the Senate Education Committee on March 10th.  The bill is now eligible for debate by full Senate.

Now SF 2296.  The bill passed the Senate Appropriations Committee on March 3rd and is now eligible for debate by Senate.  A Fiscal Note was released on March 7th, which showed that the bill will have an impact of $16 million, $31 million, and $46 million in next three fiscal years.

This bill requires each school district to implement a plan for the school district's preschool program to have sufficient capacity to operate without a waiting list for school budget years beginning on or after July 1, 2020.

Now SF 2299:  No change this week.  The bill passed the Senate Appropriation Committee on March 2nd, and is now eligible for debate by full Senate.

The bill makes changes to several program features.  The bill eliminates the requirement that at least 60 percent of state funding that an area board designates for family support programs must be committed to programs with a home visitation component.  The other changes can be found in the explanation section near the bottom of the bill.

This bill focuses on childcare centers that use the term "school", "academy", or similar word.  If so, the center must meet certain minimum accreditation standards

Now SF 2298:  No change this week.  The bill passed the Senate Appropriations Committee on March 3rd.

United Ways of Iowa is registered on the following bills:

SF 2235 Undecided: Died in funnel.  Provides for the licensure and regulation of certain children's centers, which have an official name that includes the word "school," "academy," "training institute" or similar words and charges for the services it provides to a child; provides residential services for children; or provides counseling services for children.

SF 2100 For: Remains alive.  Allows 501(c)(3) nonprofit organizations to participate in the Iowa educational savings plan trust, which will allow them to open accounts for individual beneficiaries and make contributions for the future payment of higher education costs on behalf of those beneficiaries.

HF 2203 For: Remains alive (Appropriation bill).  Creates the Iowa employment and education rides initiative and funding for public transit systems that provide transportation to Iowans on a competitive grant basis. The grant must be matched dollar-for-dollar by the public transit system.

SF 2130 / HF 2205 For:  Did not survive. Establishes the safe routes to school program and funds the program.

SF 2299 Undecided: Remains alive (Appropriation bill).  Eliminates the requirement that the Early Childhood Iowa state board be selected from the individuals nominated by the ECI area boards and removes references relating to levels of excellence rating system to be used in the state board's designation process for area boards. The bill eliminates and amends several of the ECI programs funding requirements.

SF 2258 Undecided:  Passed Senate 48-0.  Passed House 97-0 with amendment.  Amends the child custody case permanency plan and transition services plan requirements, adds sex trafficking into the definition of "child abuse" within the Code, requires DHS to identify children who are or at risk of being a victim of sex trafficking, and requires that DHS report a missing and exploited child within 24 hours of a report.

SF 2042 For: Did not survive.  Provides an individual with transportation to or from a workplace or adult education venue, including but not limited to community college, evening or weekend class, apprenticeship program, or job training program.

SF 2011/ HF 2062 For: Did not survive.  Provides additional funding for students who are enrolled in the statewide preschool program for four-year-old children if they are identified as limited English proficient.

SF 2010 For: Did not survive.  Provides additional funding for students who are identified as limited English proficient.

SF 2298 For.  Remains alive (Appropriation bill).  The bill requires the Iowa Commission on Volunteer Service, in collaboration with the DHS, to establish a RefugeeRISE AmeriCorps program to increase community integration and engagement for diverse refugee communities in rural and urban areas across the state. 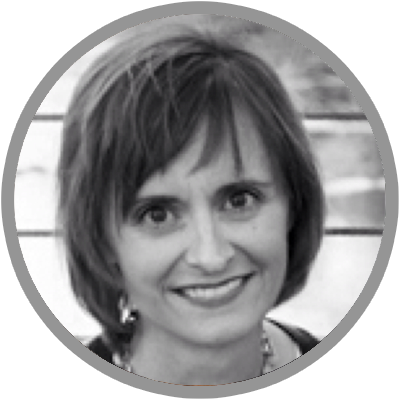 About The Author: Sarah Ramsey

Sarah Ramsey is the former Advocacy Officer for United Way of Central Iowa.