“Long gone are the days when school success is the domain of only educators and families,” said Mary Sellers, president of United Way of Central Iowa, in her opening remarks at the Destination Graduation event on April 6.

Instead, businesses, nonprofits, education, government and faith-based communities must gather together to help solve the issues facing schools and students in the 21st century. Destination Graduation was the beginning of just such a collaboration, as more than 50 people from those sectors attended the summit, hosted by United Way of Central Iowa, America's Promise Alliance and the Greater Des Moines Partnership.

The issues facing education are clear from this infographic, which highlights that a high school graduate will make $700,000 more than a dropout over his or her lifetime.

Still, there is reason to hope that the community can make a difference. Iowa was the first state in the nation to achieve a 90 percent graduation rate. At 93.2 percent for 2015, central Iowa has made huge progress toward our 2020 goal of 95 percent.

Despite this impressive graduation rate, there are worrying achievement gaps along race and income lines. At the summit, Dr. Daniel Spikes of Iowa State University shared that 92.2 percent of white students statewide graduate high school, compared with 78.6 percent of black students. Additionally, 21 percent of black males receive out-of-school suspension, compared to 4 percent of their white counterparts.

Dr. Spikes believes these numbers may be a result of an institutional culture and could reflect bias in systemic school structures. “At an individual level, people are socialized to accept stereotypes and internalize messages of superiority and inferiority,” he said. Citing examples of racist messages in the media, he continued, “Racism is like a smog in the air: we all breathe it in, and we all breathe it out.”

When minority students recognize these messages of inferiority, they are much less likely to stay engaged in school. And engagement is a strong predictor of school and job success, according to keynote speaker Brandon Busteed, executive director of education and workplace development at Gallup Education. His presentation, titled “We Are What We Measure,” explained that we are blind to 70 percent of what makes student successful.

“Hope is a stronger predictor
of college success than
SAT scores or grade point average.”

Right now, schools only measure quantitative factors like grades, test scores and graduation rates. But engagement, hope and well-being are just as important. “Hope is a stronger predictor of college success than SAT scores or grade point average,” said Busteed.

As student engagement, highest in elementary school, declines to dangerous levels in high school and beyond, it is especially important to start measuring and increasing the predictors of college and career success. These include working on a long-term project over the course of a semester, having a professor as a mentor and working at a job or internship that requires applied skills.

That last concept is being put into practice with a partnership between North High School and Wellmark Blue Cross and Blue Shield. In the program’s pilot year, 12 students interned at Wellmark, doing the exact same job as their adult mentors. Wellmark employees filled the halls of North High School, and students explored the downtown Wellmark campus.

One hallmark of the program was the school's and company’s insistence that it be open to more than the usual suspects, the high achievers given many opportunities to grow and learn. Instead, the program brought in different types of students who could benefit from work experience and thus envision themselves in professional roles.

“We put too many barriers and limitations on students,” said Mike Vukovich, principal of North High School. “Each and every year, they should start with a clean slate.” That sentiment could have been the theme of the day. 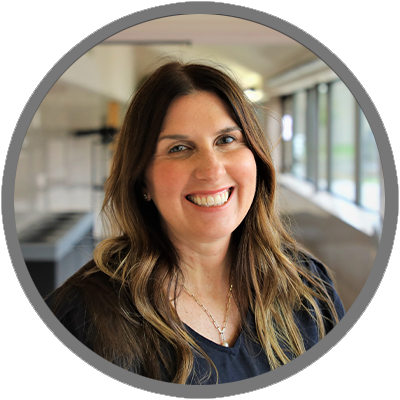