In 2016 United Way of Central Iowa marks its 100th year in Central Iowa. It’s a big milestone and we have a lot to celebrate! Over the course the next year we will honor and thank the leaders of the past and present—the legends in our community who built something lasting and great. We will look forward with optimism to the work ahead of us in the next 100 years. And we will work to help central Iowa better understand the work that United Way does every day to make our community a better place to live and grow for all.

In February, 1917 Des Moines mayor James K. Hanna declared, “we emphatically declare ourselves in favor of coordinating all charities under one head.” And with that, the Public Welfare Bureau was formed under the Chamber of Commerce. The organization that is today’s United Way of Central Iowa took flight.

Back then central Iowa families living at the poverty level of $500 a year struggled mightily. 230 out of every 1,000 infants died, many by malnutrition. United Way responded in 1917 by coordinating free health clinics and food pantries.

United Way even had a hand in launching the local tradition of children telling a joke during "Beggars Night" in 1938, as a way to divert the youth’s vandalism that was on the rise at the time.

For 100 years United Way has brought people together to make our community stronger, with more opportunity for everyone. Together, we take on challenges big and small – from convening the community to tackle tough issues like poverty, and getting kids ready for school success, to partnering with thousands of central Iowans who donate each year to a campaign that makes it possible to advance our community.

The common thread between United Way’s history and the future is a core belief: the status quo is not good enough as long as there are people who are hungry, people in poverty, and children who are not succeeding in school and therefore may not succeed in life.

We are thrilled that two key volunteers, Suku Radia and Nora Everett have stepped up to lead the 100th United Way of Central Iowa campaign. Their companies, Bankers Trust and The Principal Financial Group, have been United Way partners and supporters since the first campaign in 1917, and their participation is an important and symbolic statement of our long-time alliance to improve lives in central Iowa.

We can be certain our next century will bring boom times, recessions and natural disasters. And through it all, we are proud that United Way will be here to celebrate the successes and strive through the challenges. Our community is a great community, and our goal is to be part of making it better each and every year. 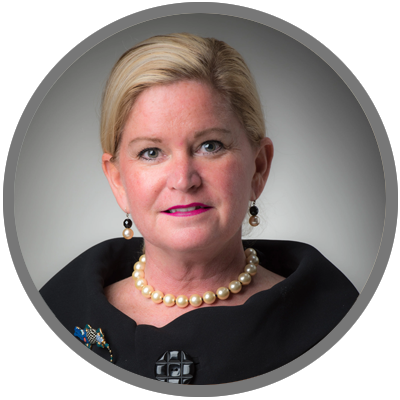